“I remember when a dime bag cost a dime,” is one of my favorite lines by Willie Nelson in the movie “Half Baked.”  The term “dime bag” has been used dating back to the 1960’s to refer to $10 worth of weed.  While the places you can get a true dime bag are few and far between these days, it’s a term that cannabis fans will certainly not forget any time soon, especially the old timers (like my parents.)

What Does Dime Bag Mean?

You’ll hear terms float around like nickel, dime, and dub, so today I’ll spell out just what each of those actually means.

How Many Grams are in a Dime Bag?

So like I said, the term dime bag means about $10 worth of weed, but the actual weight is something that varies.  You won’t always get the same weight in each bag, and there are a few reasons for this.  First, it’ll come down to the dealer and how stingy or generous they are with their bags.  Two, it’ll go down to the quality of the herb and the density.  If it’s quality bud, you’ll get about .5-1 grams.  If you are a good customer, you may get more for your $10 bill.

Here is a picture of a dime bag, for reference: 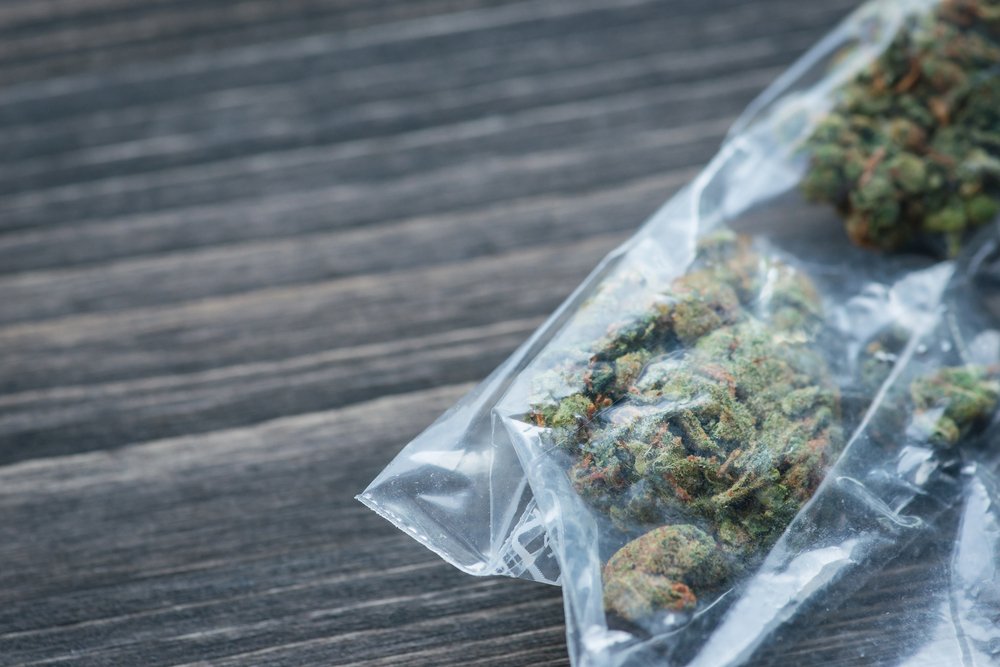 You never know what you’ll get, sometimes you can get a design on the bag, and sometimes not.  With dispensaries taking over and being abundant, things are changing fast.  you’ll usually find consistency in the bags that they will be 1-1.5 inches per side, but again, all of that varies depending on who you are dealing with.

You may get these in tinfoil, sandwich bags, or heck, even a brown paper bag.  I’ve even bought loose nugs out of a guys pocket.  Who cares?  Weed is weed.

What is a Nickel Bag?

As you probably guessed, this is a $5 bag of weed.  This is the bottom of the barrel, lowest offer you can get!  Some people may think this is dirt weed, but dealers of all levels will sell you whatever they can, so $5 is $5, and quality should be thrown out the window and not assumed to be poor.  It could be  bowl’s worth, or it could be more.  “Nicks” is a term used to call nickel bags of weed.  It’ll be about gram of weed when it’s all said and done on most transactions.

Only people who are extremely poor or desperate would buy a nickel bag.  That’s my two cents on the topic.  Have I ever bought one?  No, not in my poorest of poor days.

The Dub Sack is something you will hear a lot about on the West Coast. It’s referenced in a lot of West Coast rap music, and you’ll again see variance on weight, but it refers to $20 worth of weed.  You can expect a range of 1-3 grams with a dub sack.

I officially feel old having written this. I don’t know many people who use these terms, but I love hearing them in West Coast rap.  Who is with me there?